With Syracuse, Pittsburgh, and Missouri as the latest installments of College programs to jump ship to another conference, the geography of conferences is all sorts of messed up.  Missouri is neither south nor east to be in the SEC (it's midwest for all those who don't know.  Furthermore, neither Syracuse nor Pittsburgh are within a 4 1/2 hour drive to the Atlantic.  Numerically, the conferences are getting all sorts of messed up.  The Big Ten has twelve teams and the Big Twelve had ten teams, and now nine after Mizzou's departure.  The "pacific" 12 conference may have 16 teams if Oklahoma, Oklahoma State, Texas, and Texas Tech join.  This is all, obviously, about football placement and money.  The big business of college athletics will soon absorb any academic responsibility these players and coaches have, if it hasn't already.  The attempt to balance the financial and educational forces has led to the debacle we now find ourselves. 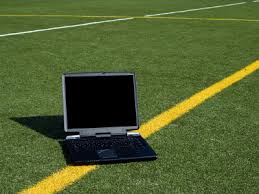 College athletics is a mess because of the concept of the "student" athlete.  In football, students are told to withdraw from certain classes before they begin because they are "too hard."  Unlike in basketball, the good players have to attend more than one semester of classes and getting bad grades can impact their eligibility going forward, and their NFL career subsequently.  I understand why schools want to coddle their prized athletes academically, but they are doing those kids a huge injustice by asking them to limit their brains to just football.  The biggest crime in this world is to limit someone's education and/or thinking power.  Especially if it is in the advancement of one's own position in college athletics. 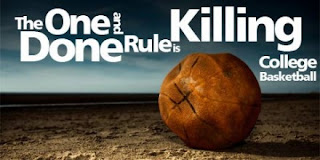 College basketball has become a joke when it comes to living up to the college half.  The best of the incoming talent to college basketball give less than 4 months of commitment to their academics and then do God-knows-what second semester (which ends after their athletic season is over).

The worst part about all of this is that the athletes have the audacity to complain that they are not getting paid, when they are missing out on the one thing that can serve as currency the rest of their lives: a free college education.  The fact that they do not see their education as a priceless entity shows how uneducated they really are.  I understand that kids who come from impoverished backgrounds don't see the education as a way to finance themselves when they can be making millions on a football field or basketball court.  If that is the case, and they want to try their hand at professional sports, then let them.  If they fall flat on their face, no one should feel sorry for them.  The NFL and NBA need to let players of all ages enter their leagues.  Natural selection will do the rest.  No one is saying that professional athletes can't also get an education, but they can then pay for it on their own with their professional salaries.  Use the scholarship money for those who seek an education, not a national championship.  Forcing kids to go to college is not working, so eliminate the force.
Posted by Unknown at 10:33 AM