What I Think I Know: NFL week 3

For all of those who took my advice last week, you're welcome (3-1 + correct eliminator selection that also covered the spread).  Week 3 is here and there are some very interesting games coming up, betting-wise.  If you are still in eliminator pools, my choice (and the obvious one) is San Diego vs. KC.  It's not rocket science yet because it is still early in the season and the good teams will still be available for you to pick, not to mention it is safe to go with the highest (15) point spread of the week.  Line-makers in Vegas pay their mortgages with these lines so you can feel safe following their lead.  Now for the more difficult lines.

You Can Bet On It: 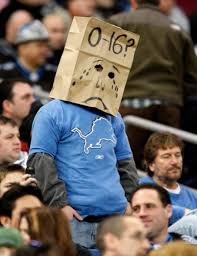 New England Patriots (-9) @ Buffalo Bills: The Bills have been a cute story so far t his NFL season.  However,  the machine that is the Patriots offense comes to town this week, and Buffalo's defense has not looked up to snuff as of yet.  Buffalo's only chance to win this game is by outscoring New England and we all know that that is not happening.  I anticipate the Patriots getting off to a torrid start in this game and never looking back.  Final Score: New England 42, Buffalo 28. 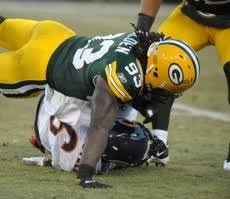 Green Bay Packers (-4) @ Chicago Bears: Jay Cutler still has a raspy voice due to a vicious hit to the throat he took last week against New Orleans.  Unfortunately for Cutler and the Bears, Clay Matthews and the rest of the Packers defense led by sackmaster-general Dom Capers are coming to town.  Chicago's offensive line was a big concern coming into this season.  Enough so that they chose Gabe Carimi in the first round of this year's draft.  Guess what?  Carimi is out for this game, delivering another blow to the Bears offensive line.  Final Score: Green Bay 31, Chicago 20. 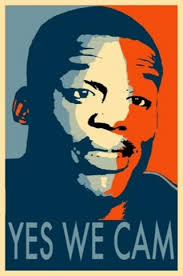 Carolina Panthers (-4) vs. Jacksonville Jaguars: Never thought I'd say this, but how good is Cam Newton?  I don't think I've whiffed more on someone than I have on Cam, and he hasn't even won a game yet.  As expected, Newton made some rookie mistakes last week, but he was able to jump out to a lead against the super bowl champion Green Bay Packers defense last week.  Oh yeah, he went over 400 yards passing again.  Now, translate his efforts against what is a pathetic Jacsonville Jaguars team that will also be starting a rookie quarterback in Blaine Gabbert.  Final score: Carolina 24, Jacksonville Jaguars: 12.
Posted by Unknown at 10:36 AM