Did your team not make the playoffs?  Don't worry, there's always hope that they will have an awesome draft and be relevant next year, just ask the Cincinnati Bengals and the San Francisco 49ers.  Even though Southern Cal. and Oklahoma quarterbacks Matt Barkley and Landry Jones are staying for another season, there are plenty of other prizes in this year's draft.  I encourage comments, concerns, questions, etc. on my mock drafts so if you have anything to say please say it!  Let me preface this draft by saying that I believe that Robert Griffin will go at the #2 spot via a trade with Cleveland, Washington, and Miami most likely to move up and draft the Heisman award-winner. 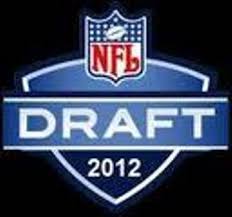 Click Here For Round 2
Posted by Unknown at 1:35 PM