2-0 in the quarterfinals, so far. However, the next two games are significantly harder to pick than the previous two. Today reigning champion Spain faces off against the, until recently, undefeated French since the 2010 World Cup. The key to the game will be, like in all games against Spain, how much ball possession can France muster? Spain is so good at playing keep away and nullifying any attacking threat on the field. The winner of the possession game will win the game. 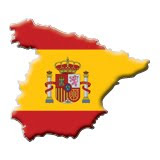 Spain's American Doppelgänger: Peyton Manning-led Indianapolis Colts.  Simply put, they both play a brand of football that is not duplicated and have both won everything there is to be won.  Their best defense is their vastly superior offense.  They both depend heavily on steady ball distribution rather than the big play.  That's not to say however, they are not high scoring, because they are.  Entertainment via dominance.

France's American Doppelgänger: Miami Hurricanes of the 80s/90s.  The only difference, and it is a significant one, is that the Hurricanes won championships.  However, the spirit of both teams is eerily familiar.  Both teams have enigmatic stars who are bound to fly off the handle at any time, in good ways and bad.  French star Franck Ribery punched club teammate and Dutch star Arjen Robben over who took a free kick.  The French team revolted in the only way it knew how in the 2010 World Cup by resigning the whole campaign and walking out on the tournament.  However, since then they have lost only once in 23 matches.  Their brand of football is entertaining and they have good talent at every position.  Which France will show up today?

Prediction: France is too schizophrenic to compete against the likes of La Furia Roja.  In the end, Les Bleus will fail to keep possession of the ball and will fall apart mentally first, then physically.  Spain 2 (Iniesta, Silva), France 1 (Ribery)