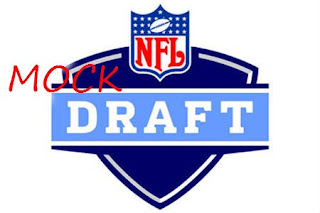 Only Two weeks until the real NFL Draft takes place, and I look like an absolute fool for even trying to predict what actually happens.  I am operating under the assumption that there will not be any trades.  With that being said, I fully expect there to be a significant amount of movement, starting with the Cleveland Browns at pick #6.  This draft isn't loaded with elite talent, but it is a very deep draft and there is a ton of quality that can be found in later rounds.  This is another draft where a QB did not make it into the first round because I am basing a lot of this off of team need/talent available.  I'm sure that there will be QBs taken in the first round in the real draft, but I think it will be at the end of the first round with teams that have an early second round pick trading back into the first round to ensure they get their guy.  With all that being said, here's my latest mock draft.  Enjoy!