If the games were only three quarters long, the Chargers would be a force to be reckoned with.  Unfortunately, both of those statements are not true.  Short week for the Chargers, traveling to eastern time zone, 1pm ET start (feels like 10am for SD), playing against Chip Kelly offense with Vick, McCoy, Brown, and Jackson all healthy.  Recipe for extreme disaster.  Look for the Chargers to be thunderstruck by the Eagles.

Both teams poorly represented themselves in week one.  Both teams are not nearly as bad as they looked.  I still believe in Cleveland's 'best coordinator staff' in the NFL, but not enough to win straight up against one of the best head coaches in the NFL.  Ravens/Browns has gone under 5 of the last 5 times they've played.

Houston almost embarrassed themselves Monday night against the Chargers, but mounted a late rally to preserve their first win of the season.  Didn't cover, though.  I expect the Texans to get off to a much better start against a familiar Titans opponent, which will force the game on Locker's arm -- not a good place for the Titans to be.  I'll also predict, +Dave Gottlieb style, that Ed Reed will have an INT (if he plays).  These two teams have hit the over 4 of the last 5 times they've played each other, so I'm going to go with the trend.

The Panthers defense was very impressive last week against the Seahawks in a losing effort.  EJ Manuel is a poor man's Russell Wilson: advantage Panthers defense (if they play the same way).  Luke Kuechly has been a godsend to that defense and he has that unit playing very well.  Unfortunately for the Panthers, the offense didn't fire last week.  I think they do enough to win by more than three, although it will be ugly.  Just like how the Seahawks did to the Panthers last week.

The Falcons came one Kenny Vaccaro pass deflected away from going into New Orleans and geting a win.  Instead, they come back home licking their chops.  Unfortunately for the Rams, they are the team that will be on the receiving end of The Falcons' best efforts. Falcons are 21-3 ATS following a straight up loss, as well.

RG3 looked better as last week's game went along, but he is going to be playing against a defense that was just embarrassed by Colin Kaepernick.  Normally, this is good news for a similarly-skilled QB.  However, Griffin is not similarly-skilled enough to Kap to make the same throws.  The lack of quality options in the pass game doesn't help, either.  They'll score some points, but not nearly as many as Rodgers & co.

Cowboys forced six turnovers and BARELY won.  They will not do either this week.

100% chance of rain in Chicago means that it will be sloppier than normal for Jay Cutler and Christian Ponder throwing the ball.  Unless the Bears score 14 points from its defense, the under is a lock.  The rain makes the game closer than 6 points, but the Bears won't really break a sweat straight up.

The Saints beat the Falcons last week with its defense.  Rob Ryan's defense will only get better as the season progresses.  The Bucs really needed to get off to a good start last week, but literally pushed the Jets to victory and out of the jaws of defeat.

Lions offense is no joke.  Bush and Bell in the backfield are dangerous in PPR fantasy leagues and in real life.  Refs still hate Calvin Johnson TD catches, but still..the Lions have more than enough to take care of the Cardinals.  May hit the over themselves.

It's not that I particularly like the Jags, but the Raiders shouldn't be giving 5.5 to anyone.  This will be a war of attrition, and the total of 40 is a tad high.  This has 18-17 written all over it.

Peyton will not throw 7 TDs again.  I know, bold prediction.  But still, the Giants secondary is shaky, at best, and its pass rush was effective in spots against Dallas.  If they don't consistently get pressure on Peyton, he'll throw for 4 TDs.  The Broncos will cover the four, but it won't be as much of a shootout as it was against the Ravens.

Marquis matchup of the week.  And the best part is that it happens at least twice this year.  Both teams have great defenses, but they're very familiar to the offenses, which will cut through them for the over.  Back the niners because Kaepernick has shown he can win games throwing AND/OR running the football.

This will be a homage to old school football.  This will be a slobberknocker with big hits coming from both sides of the James Harrison bowl.  A.J. Green puts the Bengals over the top, but this seems like a 17-10 scoreline.
Posted by Unknown at 11:35 AM 11 comments:

Email ThisBlogThis!Share to TwitterShare to FacebookShare to Pinterest
Labels: Against the Spread, NFL, NFL betting, Over/Under, You Can Bet On It 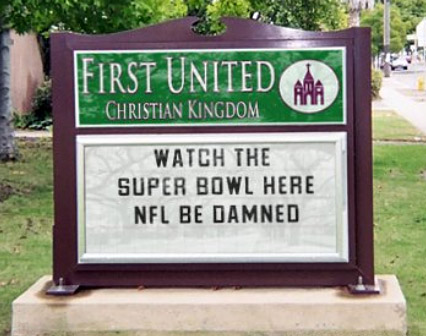 It's finally here.  The NFL season starts and it is finally time for me to make some real money.  Last year, I finished 13 games over .500, and I'm back for more.  This time with some more stats that I use for each matchup.

BUF (+10) vs. NE seems like a sucker bet -- as if Vegas is daring you to have faith in the Bills.  Here’s the thing, I’m ignoring the spread.  Both teams were .500 performers against the spread last year Instead, I’m taking the over (51.5).  This game has hit the over 5 of the last 6 times they’ve played.

TEN (+6.5) @ PIT is going to be closer than most people think.  Both teams were bad against the spreads last year (6-10 and 6-9-1 respectively).  The Steelers do not possess an offense that can run away from anyone. Give me TEN and the points

ATL (+3) @ NO I’ve said it before and I’ll say it again: There is no more motivated NFL team than the Saints.  If I only have to go give 3 points with the Saints at home, I’m taking the Saints and trusting Brees & Co.

KC (-3) @ JAX the picture says it all..at least if you believe the media hype.  New coach Andy Reid has made stars out of lesser players, and now he has Dwayne Bowe and Jamaal Charles.  Look out.  I’d take KC if the spread was six.  Great value bet here.
CIN (+3.5) @ CHI is a very important game for both teams.  Should be very, very close.  Watch for the hook with this one (the extra .5 point) because CHI was 7-8-1 ATS last season.  That extra half point sways me to back the Bengals

CLE (+1) vs. MIA will be the home-dog of the week pick.  If you pick games every week, you must pick at least one home team who is getting points.  CLE has one of the best sets of coordinators in the league.  MIA...doesn’t. Give me CLE to win outright.

MIN (+3.5) @ DET will be the beginning to the tale of two teams going in opposite directions this season.  The numbers don’t reflect it with Detroit going 5-10-1 ATS last year, but I think they buck that trend and will give the 3.5 and take the Lions at home.

ARZ (+3.5) @ STL will be a very telling game for both teams.  Both need to grab wins where they can because their schedules are very difficult.  I’m taking STL and giving the points because they were 11-5 ATS last season.

NYG (+3) @ DAL is completely unpredictable. The Giants, however, are 5-1 in their last 6 @DAL, which is enough for me to take the Giants and the three points -- with no confidence.

Email ThisBlogThis!Share to TwitterShare to FacebookShare to Pinterest
Labels: 2013 NFL, 2013 NFL Betting, NFL betting, You Can Bet On It

After a long hiatus, I'm back.  And I brought some friends with me.  Today, we tackle NFL team over/unders (wins) in 2013.  Last season, I finished 21-7-4.  That likely will not happen again.  This year, I polled myself, @davegot, @adamweeg, @T00LE, and @timmyk13 about every team's over under.  Here are the full results and some quotes.  Very few teams were unanimous overs or unders.  Vegas did well prognosticating most teams this season, but there are ways to make bank.  And these are those ways:

"Weak division, Chargers, Minnesota? Who could ask for more. They will be the small stack in the Division Champion set" -@timmyk13

"Above average QBs, WRs and DLs. Below average RBs, LBs and CBs. Smells like 8-8" -@davegot

"Defense can only get better. Plus, they have a RB now!" -@sportsbygotti

"Looking for Belicheck to go a little more pass heavy since the majority think they will be running this year. Their formula has worked in their favor for the last decade, and I see no reason as to why it should stop now considering the competition in that division." -T00LE

"Cant wait to see this team back in action. Sean Payton is back, Bounty Gate is all but forgotten, everyone is healthy. NE is the tough game. Either could win that one, and I see SEA picking up a win. Splitting with ATL (conservative option) that leaves them with 13. Home field through the NFC Championship against SEA." -@timmyk13

"The division is TOUGH -- unlike most of the rest of their schedule." -@SportsByGotti

"Bruce Arians isn't the answer either. Vertical shots from Palmer to Fitz sound great, but not when you have a gaping hole in the left side of your line and you couldn't do that last year anyway. Be lucky to win 4" -@adamweeg

"Tough schedule in a tough division. I count 4 wins." -@adamweeg

"Another cringe worthy schedule especially when you consider they have a week 5 BYE. AP stays healthy? Maybe. Does it matter? only in fantasy leagues, not the NFL." -@timmyk13

"Under: Any explanation needed?" -@adamweeg

"Their fans will kill more people than they win games." -@timmyk13

"I think 5 would be lucky. No playmakers except Gates (always gets injured). Still can't rush passer and can't really cover either. Harder than average schedule too" -@davegot

"Just barely under with 6 wins. Still not sold on Jake Locker being a starting QB in the NFL." -@T00LE